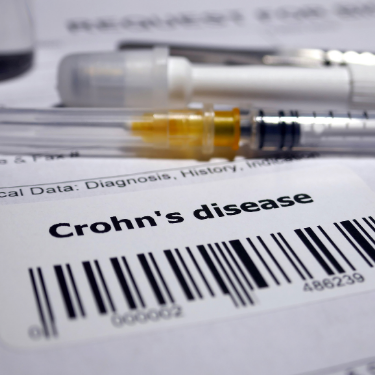 Crohn’s disease is a chronic idiopathic inflammatory disease that can affect any part of digestive tract from mouth to anus. Currently, there are at least 115,000 Crohn’s disease sufferers in the UK. Between 25-30% of Crohn’s disease patients are diagnosed before the age of 20. Children have a predisposition to have more severe disease (small bowel disease) at presentation and their diseases also have tendency to progress more rapidly compared to adult counterparts.

Our clinics in Horley and Reigate, Surrey, are perfectly located to see patients from all nearby areas including Chichester, Banstead, Dorking, Epsom, Guildford, Redhill, Southampton, Portsmouth, Royal Tunbridge Wells, and Epsom.

The cause of Crohn’s disease is unknown. Smoking and a genetic predisposition are thought to play an important role in the pathogenesis of the disease.

The diagnosis of Crohn’s disease is often delayed compared to Ulcerative Colitis, mainly due to the less prevalence of rectal bleeding. Children with Crohn’s disease may have insidious symptoms such as lethargy, intermittent bouts of diarrhoea, poor growth and generally being unwell. Only 25% of patients have the classical triad of abdominal pain, weight loss and diarrhoea, and 22% have rectal bleeding. When the abdominal pain coincides with eating, it may indicate small bowel stricture.

Blood tests often reveal raised inflammatory markers (CRP, ESR), low haemoglobin, low albumin (when there is extensive small bowel involvement), and markedly raised faecal calprotectin level. These laboratory tests may be normal if there is only limited disease, such as terminal ileum. It is important to obtain stool sample testing for infectious cause of diarrhoea including clostridium difficile.

Endoscopy is necessary to allow adequate mucosal survey and obtain a tissue sample diagnosis. The presences of epitheliod granuloma (less than 50% of bowel biopsies) and transmural inflammation with skip lesions in the bowel biopsy support diagnosis of Crohn’s disease. MRI of the small bowel is useful to detect small bowel involvement. When there is diagnostic difficulty, video capsule endoscopy can be deployed to obtain pictures of the small bowel.

The initial treatment of Crohn’s disease is either using exclusive enteral polymeric feed (modulen or Elemental E028), or corticosteroids. Enteral feed is preferable in children to promote better nutrition and growth. Corticosteroids are useful when such enteral therapy is not tolerated.

Patients with frequent relapses requiring repeated courses of steroid are likely to need long term immunosuppression medications such as Azathioprine, 6-mercaptopurine or methotrexate in order to keep disease in remission. Biologics such as infliximab and adalimumab are effective in inducing and maintaining remission in children who have advanced disease. 5-aminosalicylate acid can be useful in children with mild form of the disease. Up to 50-80% of people with Crohn’s disease will eventually need surgery due to a range of reason such as bowel stricture, fistula, abscess, and bowel perforation.

Patients are encouraged to join organisatons such as Crohn’s in Childhood Research Association (CICRA) and National Association of Crohn’s and Colitis (NACC) where they can obtain useful information about Crohn’s disease.

Please contact us to book an appointment for your child to undertake Crohn’s disease investigation at Paediatric Gut Investigation Clinic. We are based at Spire Gatwick Park Hospital in Horley and Medwyn Centre in Surrey, making us easily accessible to see patients from all nearby areas including Chichester, Banstead, Dorking, Epsom, Guildford, Horley, Reigate, Southampton, and Portsmouth.